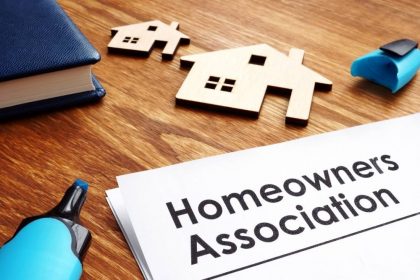 Living in a homeowner’s association certainly has its benefits and burdens, with the latter sometimes appearing to outweigh the former.  This article addresses three essential areas which help ease any such burden, provided certain requirements are met.  In particular, board members and homeowners serving as agents of the association enjoy the safeguards of immunity, insurance, and indemnity while serving in these roles.  If available, these three important I’s should attract and retain board members and other agents of the association by giving them peace of mind and a sense of protection.

With the enactment of Civil Code Section 1365.7, volunteer directors and officers of homeowner associations enjoy limited statutory immunity for tortious acts or omissions so long as certain requirements are met.  Section 1365.7 states that volunteer directors and officers of an association (which is defined as “a nonprofit corporation or unincorporated association created for the purpose of managing a common interest development” (Civil Code Sec. 1351)) which manage a common interest development that is exclusively residential, shall not be personally liable in excess of specified coverage of insurance to any person who suffers injury.  The type of injury would include bodily injury, emotional distress, wrongful death, or property damage or loss as a result of the tortious act or omission.

Requirements that must be met:

As an example, if a director has negligently chosen a particular type of locking gate that turns out to be unsafe, the above immunity can apply for that director, provided all of the above requirements have been met.  If any of the requirements are lacking, such as an officer or director who is not strictly a volunteer and is receiving compensation for his/her services, then there will be no immunity.  It should be noted that the statute refers only to officers and directors.  It does not appearthatcommittee members (who are not officers or directors) would have statutory immunity under Section 1365.7.

The members’ immunity statute (1365.9) would not protect a member from a suit where the member is being sued, as an example, for supplying or designing a defective locking gate.  However, it does apply to suits that arise solely by reason of an ownership interest in common area (i.e. premises liability).  For instance, if someone is hurt and a claim is made that the gate was a dangerous condition of land owned by the association, individual members cannot be sued for that.

While officers and directors who receive compensation (other than for actual expenses incurred) do not enjoy statutory immunity, they are still covered by the association’s director and officer insurance policy (D&O) for committing negligent acts or omissions in their capacity as an officer or director.  D&O policies can also protect committee members who might be sued for negligence, provided the policy contains the right language.  D&O policies, however, do not cover injuries sustained by officers, directors, or committee members.  D&O policies normally contain an exclusion for bodily injury so they do not duplicate the bodily injury coverage in the association’s underlying general liability policy.

Associations who have employees are strongly recommended to obtain employer liability insurance, in addition to the other types mentioned above.

Pursuant to California Corporations Code Section 7237, associations that are incorporated as nonprofit mutual benefit corporations have the power to indemnify their directors, officers and other agents when they are a party, or are threatened to be made a party, to any proceeding brought by third parties.  The term “agent” includes any person who is, or was, a director, officer, employee or other agent of the corporation, or is, or was, serving at the request of the corporation.  The term “proceeding” includes any threatened, pending or completed action or proceeding, whether civil, criminal, administrative or investigative.   The indemnity may include expenses, judgments, fines, settlements and other amounts actually and reasonably incurred in connection with such proceeding if: 1) the person acted in good faith; and 2) in a manner reasonably believed to be in the best interests of the corporation.  In the case of a criminal proceeding, the person had to have had no reasonable cause to believe the conduct was unlawful.

Corporations Code Section 7237 (d) requires the association to indemnify agents of the association who have been successful on the merits in the defense of any proceeding, or in the defense of any claim, issue or matter in the proceeding against expenses actually and reasonably incurred.  “Expenses” include attorney’s fees and any expenses of establishing a right to indemnification.  If an agent is not successful, the association is still permitted to indemnify the agent if it so chooses, if authorized by:  1) a majority of a quorum of directors who are not parties; 2) approval of the members, excluding those seeking indemnification; or 3) the court in which the proceeding is pending.

Notwithstanding the above, an association is prohibited from providing indemnification when a member sues agents of the association on behalf of the association in the following situations: 1) when the agent has been adjudged to be liable to the corporation in the performance of the agent’s duty to the corporation, unless the court determines that the agent is fairly and reasonably entitled to indemnity for the expenses which the court also determines; 2) for amounts paid in settling or otherwise disposing of a threatened or pending action, with or without court approval; or 3) for expenses incurred in defending a threatened or pending action which is settled or otherwise disposed of without court approval unless such action concerns assets held in charitable trust and is settled with the approval of the Attorney General.

Immunity, insurance and indemnity are interrelated, yet independent of each other (with the exception of immunity being dependent on insurance coverage).  All three are important to the proper and effective operation of associations and in attracting and keeping directors, officers, and other agents.

*Sharon Glenn Pratt is founder of the law firm of Pratt & Associates, an ECHO member firm.  She specializes in civil litigation, with extensive experience in community association law, including creation, amendment and enforcement of governing documents.  Rosalia Burgueño Tapia  also specializes in civil litigation, with substantial experience in community association  and employment  law.