Is Your Homeowners Association Unknowingly Engaging in Prohibited Discrimination?

Is Your Homeowners Association Unknowingly Engaging in Prohibited Discrimination? 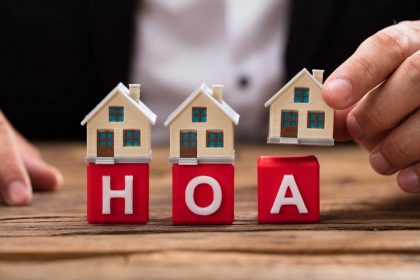 Do any of these situations sound familiar?  A resident of the association is so obsessed with association rules that he or she engages in unauthorized policing of the association property.   A resident is hypersensitive to noise, such as children at play in the common area, and constantly complains.  One of the residents hears sounds which no else does or which could not have possibly been made.  An owner comes to board meetings with complaints, suggestions or information that does not really make sense given the surrounding facts.  A resident is usually explosive in response to encounters with other residents or concerning perceived disrespectful responses from other residents.  A resident’s behavior is simply bizarre.  A resident’s maintenance of his or her unit or exclusive use common area is creating an unhealthy situation.

The FHA was passed by the United States congress in 1968.  Discrimination under the FHA occurs when 1) an individual suffers a handicap as defined by the act, 2) the individual has a record of an impairment or being regarded as having such an impairment, 3) accommodation of the handicap may be necessary to afford an equal opportunity to use and enjoy the dwelling; and 4) the association fails to make an accommodation.  The FHA defines a handicap as a physical or mental impairment which substantially limits one or more of such person’s major life activities.

The FEHA was developed to provide at least the protection of the federal law, but is independent of the federal law and is applied more liberally. Like the FHA, FEHA violations occur if 1) the individual suffers a disability as defined by FEHA, 2) the Association knew or reasonably should have known of the disability, 3) an accommodation of the disability is necessary to afford an equal opportunity to use and enjoy the dwelling; and 4) the association failed make such accommodation.

Prior to both the FHA and FEHA, the California Unruh Act was enacted in 1959.  Like FEHA, violations of the Unruh Act occur when 1) individual suffers from a disability as defined by FEHA, 2) the individual is perceived to have a disability by the association, 3) an accommodation of the disability is necessary to afford an equal opportunity to use and enjoy the dwelling; and 4) the association refused to make such accommodation.

“‘Mental disability’ includes, but is not limited to, all of the following:

(1) Having any mental or psychological disorder or condition, such as an intellectual disability, organic brain syndrome, emotional or mental illness, or specific learning disabilities, that limits a major life activity.  For the purposes of this section:

(c) ‘Major life activities’ shall be broadly construed and shall include physical, mental, and social activities and working.”

“The Legislature finds and declares as follows:

(c) Physical and mental disabilities include, but are not limited to, chronic or episodic conditions such as … clinical depression, bipolar disorder… .  In addition, the Legislature has determined that the definitions of ‘physical disability’ and ‘mental disability’ under the law of this state require a ‘limitation’ upon a major life activity, but do not require, as does the federal Americans with Disabilities Act of 1990, a ‘substantial limitation.’’’  (Emphasis added.)

Patricia Wendleton specializes in civil litigation, with substantial experience in community association, construction defects and transactional law.  She can be reached at 408-369-0800.